Divorce is never easy. It feels like losing a part of yourself in the middle of chaos. Your life comes crumbling apart right in front of you. And while you know it is the right thing to walk away, there are some legal rights given to you by the State that might protect you and give you some security during this process. Below mentioned are some of those rights.

The rights of children

Children most often become victims of the collateral damage of divorce. In event of divorce the sole point of consideration is to protect the interest of the children. Both financial front and emotional. It is perturbing that distracted relations do not reconcile to save the children, No parent wants to compromise on the relationship they have with their children. Some might argue that divorce affects the intensity of that relationship.Parents are the natural guardian . The state, however, has given equal rights to both.They can maintain independent relations with their children.Law does not place any restriction on the meeting of the parents with their children. No parent has the power to restrict the other from seeing their children. Children don’t need financial resources only. Physical presence of the parents and different outings are required for grooming and confidence building of the children. There are certain restraints on the radius of movement. It is important to know what boundaries are to be maintained.The courts of wards assume the role of custodian so they are to be taken on board for every movement.

None of the parties should act aggressively. It is the decision of the court to determine the legitimacy of the claim. In event of divorce the properties are neither to be concealed nor the interest in the properties are to be hampered.. Bank accounts and other liquid assets should also be placed on record so that it does not indicate any malicious design to cheat on termination of a relationship.

Credit cards and institutional borrowings are used for creation of assets along with disclosure of assets disclosure of liabilities is also important. It is the discretion of the court to determine the extent of liability each party has to foot in. All documents in support of borrowings should also be placed on record.

The grounds of divorce are to be carefully developed. Due care should be taken in framing the reasons of divorce. Neither false allegations be framed nor character assassination be done.It may cast a negative impact on the children.
Procedure to be followed for divorce should be in accordance with the marital laws. Communication should be done through adelaide divorce lawyers representing each party. Compliance to the procedure will save from delay in quick disposal of the procedure.

Ethical values are vital to be followed on the termination of relationships. Dignity maintained in the process results in softening the after effects of a debacle to the family. It should always be kept in mind that divorce does not give an end to the obligation of the parenthood. 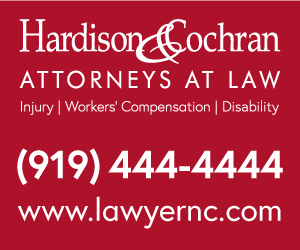